Dams supplying water to Cape Town have risen significantly and consistently, putting the region in a stronger position compared with winter last year. Provided that adequate water restrictions are maintained, the City of Cape Town is confident that there will be no prospect of reaching ‘Day Zero’ in 2019. 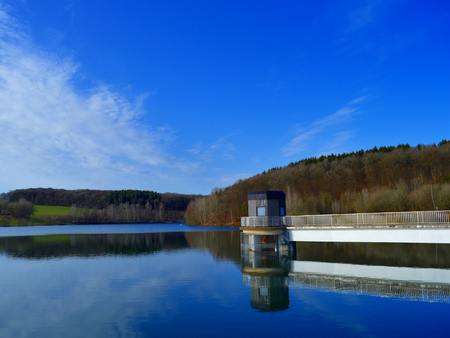 On Thursday (June 28), total dam storage capacity was just over 43%, with two more months of expected winter rainfall to come. Over the last few months, collective water usage has been around 520 million liters per day.By comparison, at the end of winter last year, dam levels were at 38% and consumption was over 600 million liters a day.

The City’s Executive Deputy Mayor, Alderman Ian Neilson says: “Having analysed this new data, we are now in a position to state that, not only have we managed to avoid Day Zero this year, but we will also safely get through summer in 2019.”
Neilson attributed this to the amount of water already in the dams, the intense water demand management programmes, unrelenting communication, awareness and the behavioural change over the past two years, as well as the continued support of Team Cape town.
During this year’s Africa’s Travel Indaba, a panel discussion was held on responsible tourism, where CEO of South African Tourism, Sisa Ntshona touched on the Cape’s water situation, saying: “Instead of being seen as victims, we are now leading the world (in water wise tourism).”

During the same panel discussion, Judy Lain, Chief Marketing Officer at Wesgro said: “The drought exposed massive gaps. We had to change our relationship with water – to respect water – and learned quickly that we can.”While the City of Cape Town hopes to reduce the current restrictions in the near future, and the tariffs associated with them, the decision is dependent on National Government relaxing restrictions on releases from the water supply system. “If the National Department of Water and Sanitation agrees to relax restrictions, we expect to be in a position to proceed with a stepped reduction of water restrictions and the associated tariffs,” says Neilson, who has requested a meeting with the National Minister of Water and Sanitation, Gugile Nkwinti, to discuss this and other matters pertaining to the Cape’s future water resilience as a matter of urgency.